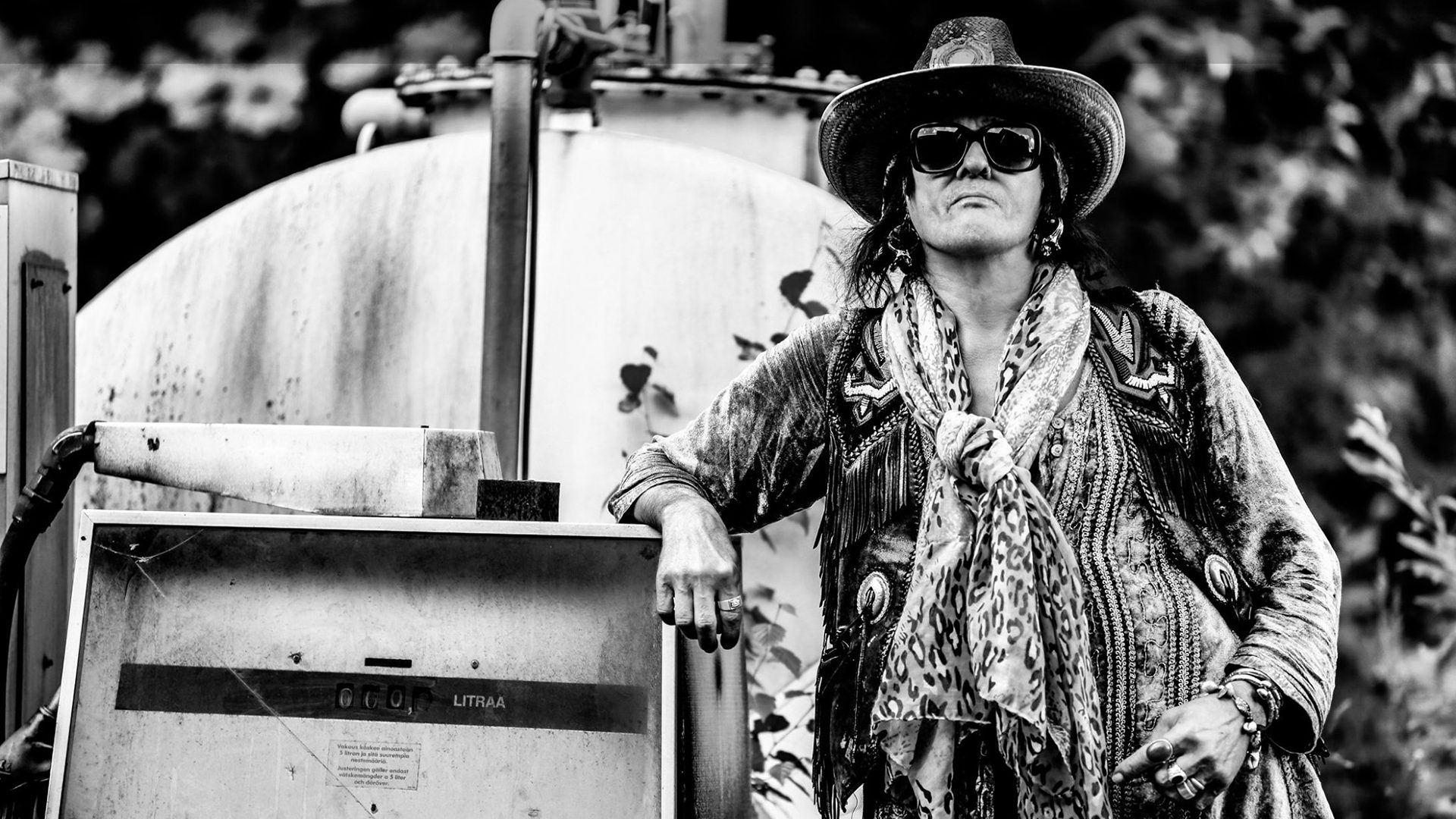 Andy McCoy, the legendary guitarist, composer, co-founder of Hanoi Rocks, colorful artist, and so much more.

Hanoi Rocks made five studio albums and embarked on wild life-changing thrill ride around the world, touring Europe, UK, Mid- and Far East and finally the US.

After Hanoi Rocks dissolved following the death of drummer Nicholas “Razzle” Dingley (R.I.P.) in Hollywood in December 1984, McCoy carried on with Suicide Twins and Cherry Bombz touring Europe and US. Andy made an solo album and published an autobiography “From Hanoi to Eternity”. In 1988 Andy moved back to California and played lead guitar on Iggy Pop’s “Instinct” tour all around the world.

Andy met with Angela Nicoletti and to celebrate the fresh 90’s, they  got married. Andy formed Shooting Gallery that played pre-Seattle era hard rock and published one self titled album. Andy also had several projects with other musicians, e.g. Nicky Hopkins (R.I.P.), Sebastian Bach, 69 Eyes etc etc. Just before mid 90’s he moved back to Europe.

Andy reformed another version of Shooting Gallery and toured Scandinavia. Later on he also joined forces with Pete Malmi (R.I.P.) to form Briard Revisited. They did one album and toured Finland. In the late 90’s Andy filmed the cult movie “The Real McCoy” and also recorded soundtrack for the film.

Andy and Michael Monroe met each other for a long time when they worked on the Hanoi Rocks CD box project early 2001. Soon they found themselves talking and jamming together. One thing led to another and soon a band Hanoi Revisited was introduced. Also Andy’s book “Sheriff McCoy” came out in the end of 2001.

During the next seven years the band released three studio albums and toured in Europe and Japan. Finally Hanoi Rocks called it a day in 2009. The band reached the climax by doing eight farewell gigs in just six days at club Tavastia in Helsinki Easter 2009. The final gigs were documented on live DVD release Buried Alive.

Andy focused on writing and recording solo material, released two singles: “Xmas song” in 2016 and “The Way I Feel” in 2017. Andy co-operated with writer Lamppu Laamanen and a book “Andy – Rock ‘n’ Roll Star” was released in the fall 2018. He played guitar on Pelle Miljoona Oy 40 anniversary tour in the fall 2018 with final show in Helsinki Ice Hall in January 2019.